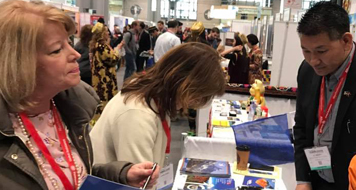 Nepal’s tourism experienced a dramatic turnaround last year after being hit by the twin disasters of a devastating earthquake and crippling trade embargo in 2015.

Foreign tourist arrivals to Nepal jumped 39.71 percent to 753,002 in 2016, boosted by robust visitor growth from India, China, the US, the UK and Sri Lanka, according to the statistics of the Department of Immigration.

However, 2016 arrivals are still 4.69 percent down from 2014 when the country welcomed 790,118 foreign visitors. The tourism boom is expected to continue in 2017 and remains a major growth driver for the economy even as the industry sees low overseas promotional activities.

October, November and December have been the most productive months for the industry, accounting for nearly one-third of total arrivals.

“It’s a dramatic growth. The industry is returning rapidly to its pre-earthquake growth level,” said Kedar Neupane, director general of the Department of Immigration. “The tourism boom is expected to continue in 2017 given a level of promotion by Nepal in the major source markets.”

He said that if the government, Nepal Tourism Board and private sector conducted aggressive promotional activities, this year could be an extraordinary year. “We can expect 1 million tourists in 2017 considering the current environment.”

Neupane said that Nepal could see a boom in Chinese arrivals this year following the move by the Chinese government to encourage travel to the country. China has announced Nepal Tourism Promotion Year 2017 in a bid to encourage its citizens to visit the Himalayan republic, according to the Nepal Embassy in Beijing.

“The industry carried out massive marketing activities in major source markets after the earthquakes, leading to a massive recovery,” said tourism entrepreneur Basant Raj Mishra. “The arrival of foreign volunteers as well as conferences held by I/NGOs in Nepal last year propelled growth.”

“The hospitality industry in Nepal can accommodate more than 3 million tourists, but the airport is already choked with capacity constraints even though arrivals are way short of the one million mark,” he said.

TIA is currently served by 28 international carriers, and it has announced that it cannot accommodate more flights. “What does this statement mean? Of course, Nepal has become an attractive holiday destination for travellers, but TIA will remain the main obstacle to the growth of the industry.”

Nepal received a lot of media exposure following the earthquake which has aroused tremendous interest among potential travelers.

The world’s leading travel guide Lonely Planet has named Nepal the world’s ‘best value destination’ for 2017. Likewise, Nepal’s Langtang region has been featured in The New York Times ‘52 places to go in 2017’ list.

Nepal has also appeared in the January travel issue of chinadaily.com.cn. “Nepal remains a fabulous choice for budget-conscious travelers, whether it’s the country’s world famous trekking routes or the wildlife in the southern region. Travel costs per day are as low as $50 on average,” it said.

A breakdown of arrivals by market shows Indian travellers at the top of the list. Arrivals from the southern neighbour reached 118,249 last year, up 57.40 percent. Chinese tourist arrivals jumped 55.26 percent to 104,005. Travel trade entrepreneurs said that Chinese arrivals did not increase as expected last year as the key entry point,

Tatopani Customs in Sindhupalchok, was closed after the earthquake. However, Rasuwagadhi has emerged as an important surface route with 23,452 Chinese visitors entering the country through this point last year.