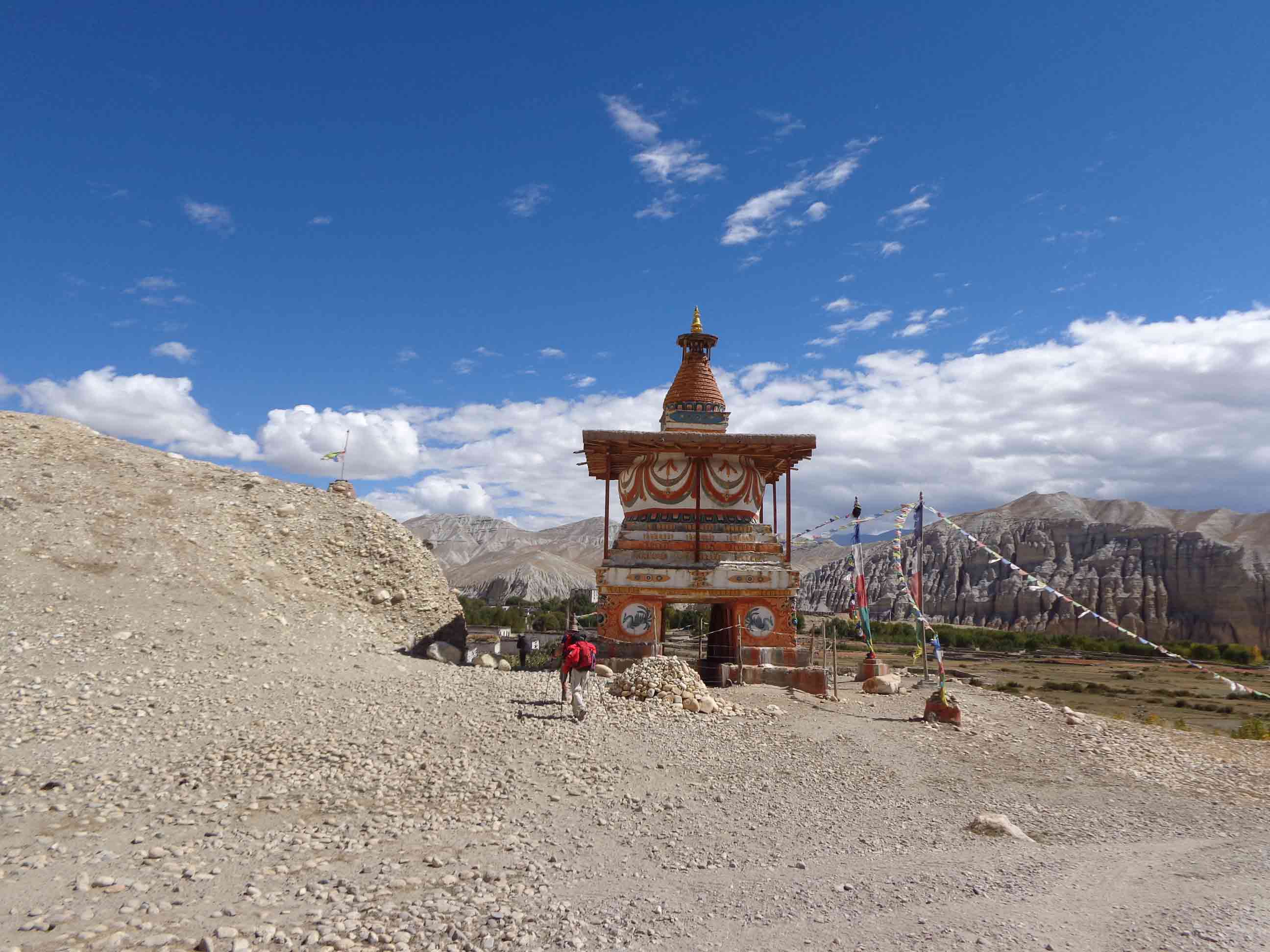 Laying beyond the Annapurna and Dhaulagiri massif in central Nepal is the hidden Kingdom of Mustang, an intriguing parched region, forming part of the Tibetan plateau. Untouched by the outside world, 16th century monasteries remain active, adorned with unrivalled frescoes, thankas and status of gigantic deities, preserving ancient traditions. These upper reaches of the Kali Gandaki river have recently been opened in 1992. Mustang being a restricted area, there are certain formalities required by the Government of Nepal in obtaining a special permit.